The above link will lead you to my disclaimer on The EATSv5 Architecture and my various Architecture Workbench implementations – JVS.

Throughout ancient and medieval history, most of the architectural design and construction was carried out by artisans—such as stone masons and carpenters, rising to the role of master builder. Until modern times, there was no clear distinction between architect and engineer. In Europe, the titles architect and engineer were primarily geographical variations that referred to the same person, often used interchangeably.[7][8] 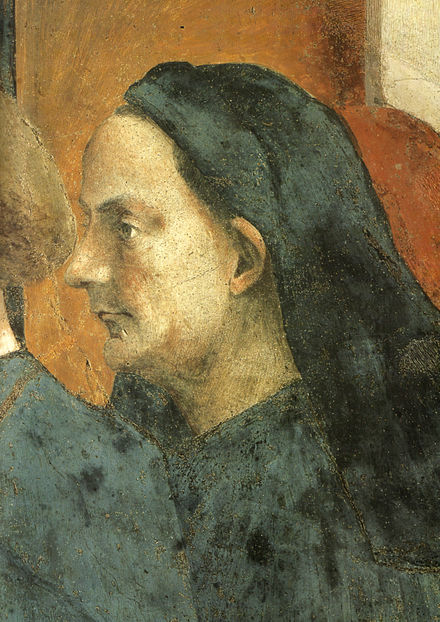 Filippo Brunelleschi is revered as one of the most inventive and gifted architects in history.[9]

It is suggested that various developments in technology and mathematics allowed the development of the professional ‘gentleman’ architect, separate from the hands-on craftsman. Paper was not used in Europe for drawing until the 15th century but became increasingly available after 1500. Pencils were used more often for drawing by 1600. The availability of both allowed pre-construction drawings to be made by professionals.[10] Concurrently, the introduction of linear perspective and innovations such as the use of different projections to describe a three-dimensional building in two dimensions, together with an increased understanding of dimensional accuracy, helped building designers communicate their ideas.[10] However, the development was gradual. Until the 18th-century, buildings continued to be designed and set out by craftsmen with the exception of high-status projects.[10][11]

An architect is a person who plans, designs and oversees the construction of buildings.[1] To practice architecture means to provide services in connection with the design of buildings and the space within the site surrounding the buildings that have human occupancy or use as their principal purpose.[2] Etymologically, the term architect derives from the Latin architectus,[3] which derives from the Greek[4] (arkhi-, chief + tekton, builder), i.e., chief builder.[5]

This website uses cookies to improve your experience while you navigate through the website. Out of these, the cookies that are categorized as necessary are stored on your browser as they are essential for the working of basic functionalities of the website. We also use third-party cookies that help us analyze and understand how you use this website. These cookies will be stored in your browser only with your consent. You also have the option to opt-out of these cookies. But opting out of some of these cookies may affect your browsing experience.
Necessary Always Enabled
Necessary cookies are absolutely essential for the website to function properly. These cookies ensure basic functionalities and security features of the website, anonymously.
Functional
Functional cookies help to perform certain functionalities like sharing the content of the website on social media platforms, collect feedbacks, and other third-party features.
Performance
Performance cookies are used to understand and analyze the key performance indexes of the website which helps in delivering a better user experience for the visitors.
Analytics
Analytical cookies are used to understand how visitors interact with the website. These cookies help provide information on metrics the number of visitors, bounce rate, traffic source, etc.
Advertisement
Advertisement cookies are used to provide visitors with relevant ads and marketing campaigns. These cookies track visitors across websites and collect information to provide customized ads.
Others
Other uncategorized cookies are those that are being analyzed and have not been classified into a category as yet.
SAVE & ACCEPT
%d bloggers like this: